A brief knowledge of the history of financial markets will provide us with some context for everything that we see around us today. It will also show that people, both individually and as a group, are prone to repeatedly committing the same mistakes. The more things change, the more they stay the same. In this lesson, we will learn about – 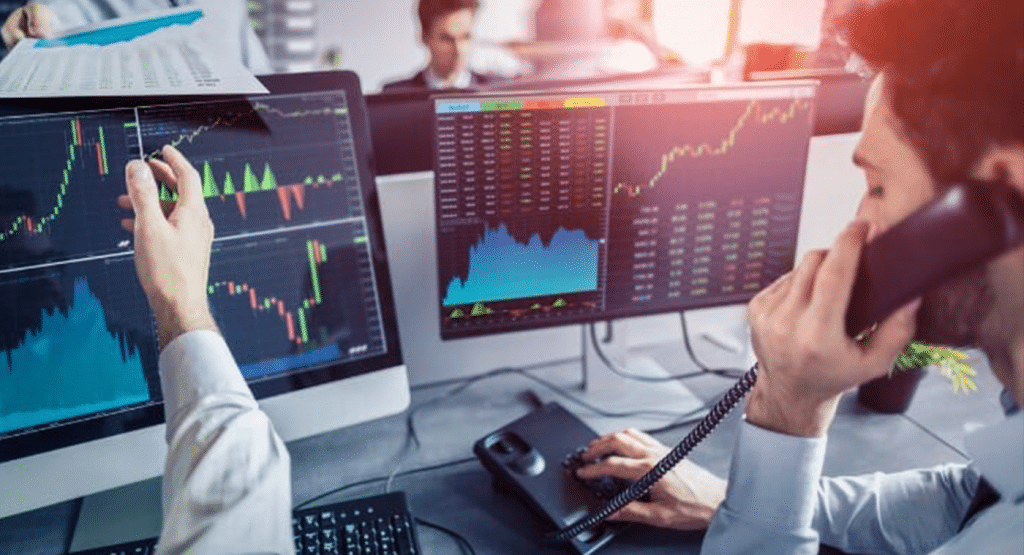 Financial markets primarily consist of two sectors of the economy: namely the capital market and the money market. The capital market is a broad term that includes the stock market and other financial trading venues. The Amsterdam Stock Exchange (Bourse), founded by the Dutch East India Company in 1602, was the first to formally begin securities trading. The growth in stock markets gained momentum with the start of Industrial Revolution in Europe. Private enterprises began flourishing, leading to the setting up of partnership firms and joint stock companies. As their numbers increased, more shares were floated to the public, necessitating the creation of an organized marketplace for the exchange of these shares. The London Stock Exchange was established in 1773 to cater to these demands.
In the United States, 24 brokers met beneath the boughs of a buttonwood tree on May 17, 1792 to sign an agreement that gave birth to the New York Stock Exchange. During the Revolutionary War, New York had already become a major financial hub for trading in government bonds. After the war ended, trading volumes increased as new instruments entered the market. Rather than watch more and more brokers pour in to the market and drive down commissions, the states’ most prominent brokers agreed to work together by bringing their entire trading under a standardized exchange framework at a floor commission rate.

The word “bubble” is typically used to describe an economy that is on the verge of overheating. The recent dot-com and the real estate “bubbles” in the United States left the economy in tatters and made the term globally infamous. But long before it became a common lexicon in the financial vernacular, there were several moments in history when economies in different pockets of the world strained as bubbles burst.
South Sea Bubble – Share prices of British trading firm South Sea Company skyrocketed close to 900% during the early part of 1720 amid inflated expectations that it would soon yield bumper profits by trading with South America. However, the big money never realized on paper as Britain went to war with Spain, which controlled most of South America. Shares plunged soon afterwards, leaving a chain of bankruptcies in its wake.

The Great Depression – In the five years preceding October 1929’s huge Wall Street crash, shares listed on the Dow Jones Industrial Average zoomed 500%, buoyed by unreasonably bullish forecasts about the US economy. Eventually cracks began to appear, hammering the Dow 90% below its 1929 peak, and plunging the country in to the “Great Depression” that lasted for the next 10 years.

The Dutch were the pioneers in financial market regulation when they imposed a ban on short selling in 1610 after Isaac Le Maire, a prominent merchant, was accused of manipulating shares prices that led to a crash in the Amsterdam Bourse. In 1733, the Great Britain disallowed naked short selling as fallout of the South Sea Bubble. French monarch Napoleon Bonaparte also didn’t like the activity as it directly came in the way of financing his wars. He not only banned short selling, but also signed an edict in 1802 by which short-sellers were imprisoned on grounds of treason.
Following the Great Wall Street Crash of 1929, the Glass-Steagall Act was enacted in the United States with the goal of controlling speculation by prohibiting commercial banks from engaging in investment banking activities. The Act was in force for over six decades until the US Congress replaced it with the Gramm-Leach-Bliley Act of 1999, which removed barriers in the market and allowed commercial banks, investment banks and securities firms to consolidate their services.

In every human endeavour, an elite few shine brighter than the rest. Most disciplines don’t lend themselves well to making objective comparisons. But in investing, the returns earned are an excellent yardstick to measure long-term success. Let us look at the 5 most famous market participants in modern history.

John Templeton pioneered the growth of diversified mutual funds and invariably sported market-beating returns in a career spanning more than 60 years. His investing acumen can be gauged from the fact that $10,000 invested in the Templeton Growth Fund in 1954 would have turned to a whopping $2 million by 1992.

Peter Lynch’s 13-year tenure at the helm of Fidelity’s growth-focussed Magellan Fund saw him return 29.20% annually, crushing the 15.80% appreciation in the S&P 500. Besides his eye-popping returns, Lynch also penned the best-selling investing classic, “One Up on Wall Street.”

The past is the key to the future. By understanding how the financial markets took shape, and learning about some of the biggest mishaps in its history, we as investors can fast-track our progress and avoid repeating the mistakes that the previous generations of market participants had made.

Looking for a broker? Explore our best online brokers or best brokers for day trading.