Choosabroker reviews price movements in the commodities markets. Both oil and lean hog futures have recorded volatile price swings in recent months with oil futures briefly moving into negative territory; effectively a oil and commodities crash. With oil prices remaining low, there is significant potential that the depressed prices can impact markets beyond the oil and gas industry. With oil-exporting countries set to lose significant revenue from the drop, these countries will be forced to sell forex and sovereign wealth fund reserves to fill the shortfall in revenue.

The spread of COVID-19 has catapulted the commodity markets into disarray. Demand-supply equilibriums have radically changed as industrial demand for energy has evaporated and supply chains worldwide have been disrupted.

Oil deservedly made headlines in April as the prices of futures contracts entered into negative territory. If low prices persist, it is expected that a cascade of bankruptcies will take place across the oil and gas industry. It is also likely that the impact extends beyond the oil and gas industry given that the financial system and nation-states are closely tied to their domestic energy markets. 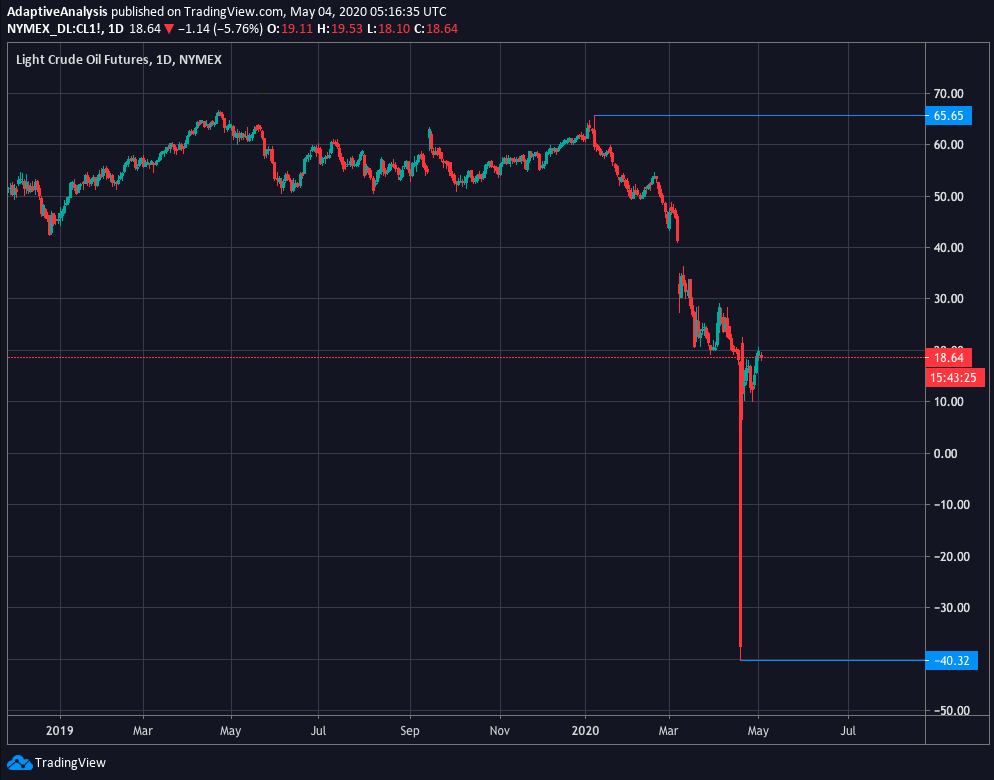 On April 20th, futures contracts for WTI oil traded as low as minus $40.32. Beforehand, many analysts believed it was impossible that oil could trade in negative territory.

Oil futures traded as high as $65.65 in early January but began rapidly declining as the spread of COVID-19 enhanced the prospect that countries may enforce lockdown measures. Although the prospect seemed unlikely at first, the exponential growth in COVID-19 cases resulted in prices rapidly adjusting to reflect what was becoming a global economy on the brink of lockdown.

As countries closed borders and businesses shut down, industrial demand for oil evaporated. Oil producers scrambled to restrict the supply they would bring to the market but demand dropped faster in the market resulting in a supply glut.

The share prices of the biggest oil and gas producers in the world are being severely impacted by the drop in oil prices. Royal Dutch Shell has lost roughly half its value from its January high. 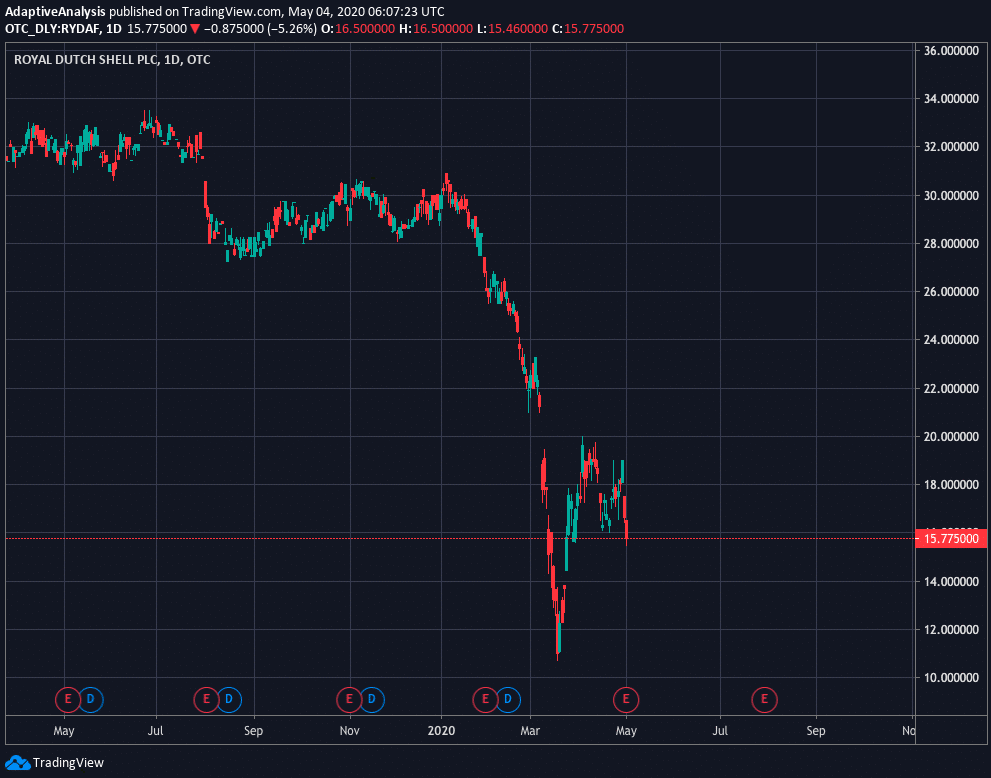 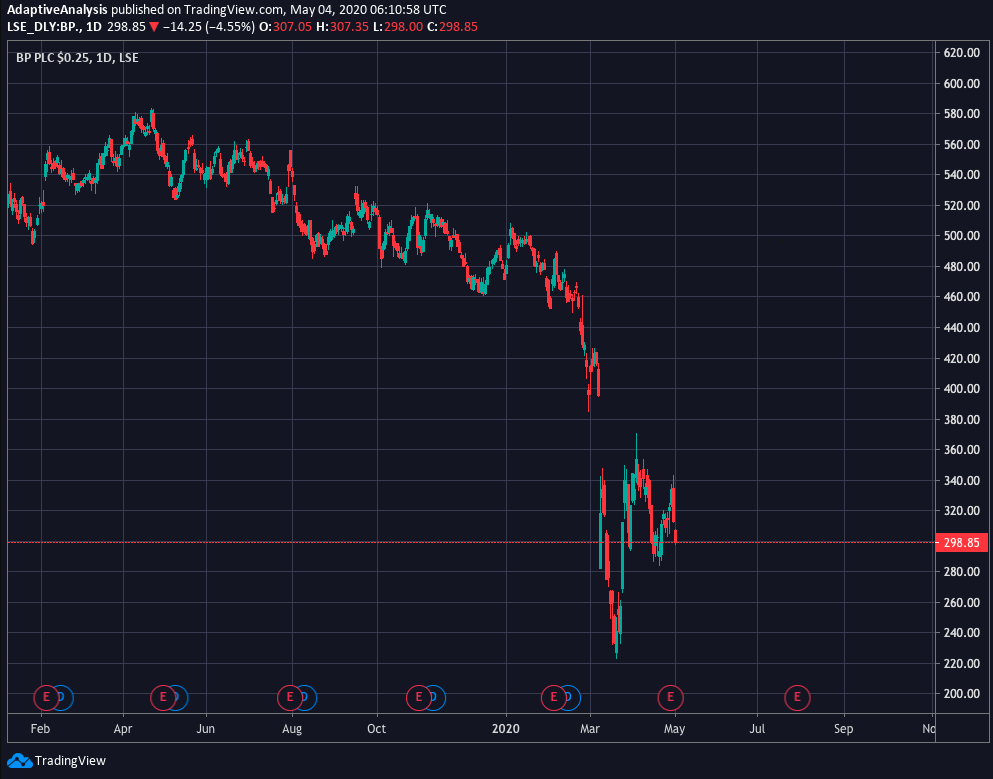 The impact of the oil crash extends beyond companies directly within the oil and gas industry. The sheer scale of the energy market entwines both the financial system and nation-states.

A paper released by the Federal Reserve highlighted the impacts of the drop in oil prices on the financial services industry. Local banks located in regions with a heavy concentration of oil-related companies were forced to sell liquid assets as the banks observed a lower amount of deposits and a higher amount of troubled loans.

With many nations states having ownership stakes in their domestic energy companies, the crash in prices has also put added pressure on some countries. Brazilian oil giant Petrobras has been feeling the pressure at current oil prices. 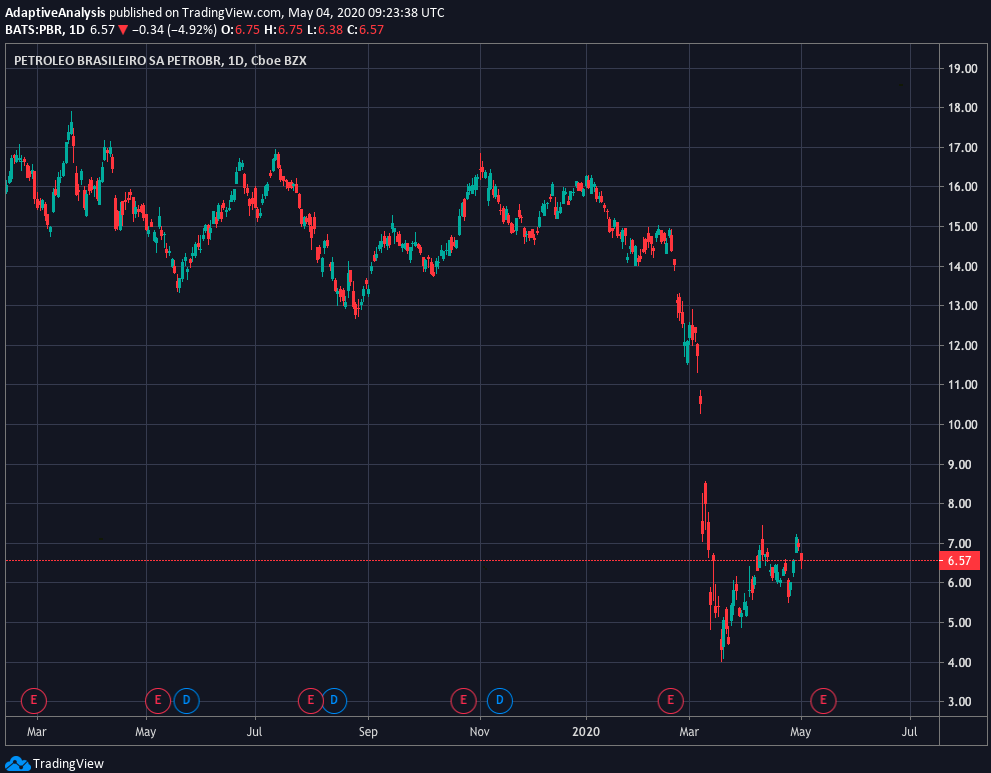 Petrobras operates at a breakeven level of $25 per barrel. With the Brazilian government owning 54% of Petrobras, the lower oil prices make the situation even more difficult for a country which has been struggling in recent years. The Brazilian government recently approved a stimulus package roughly half the size of the relief package approved by the US government.

The impact of lower oil prices further extends to the financial health of a country. Countries which generate a significant portion of their revenue from oil exporting will be forced to sell forex and sovereign wealth fund reserves to meet the shortfall in revenue. This can put downward pressure on asset prices.

“JPMorgan now expects that these oil exporting countries would have to sell almost $300bn of SWFs and FX reserves, or issue significant amounts of debt to fund a shortfall in oil revenues”

With JPMorgan estimating oil exporting countries being forced to sell roughly $300 billion, the drop in oil prices will have a wider impact than just the oil and gas industry. Sovereign wealth funds being forced to sell assets will push down prices in both the equities and fixed income markets.

Oil is not the only commodity that has had volatile price movements over recent months. Lean hog futures recorded volatile price swings as uncertainty loomed over the demand and supply of pork. 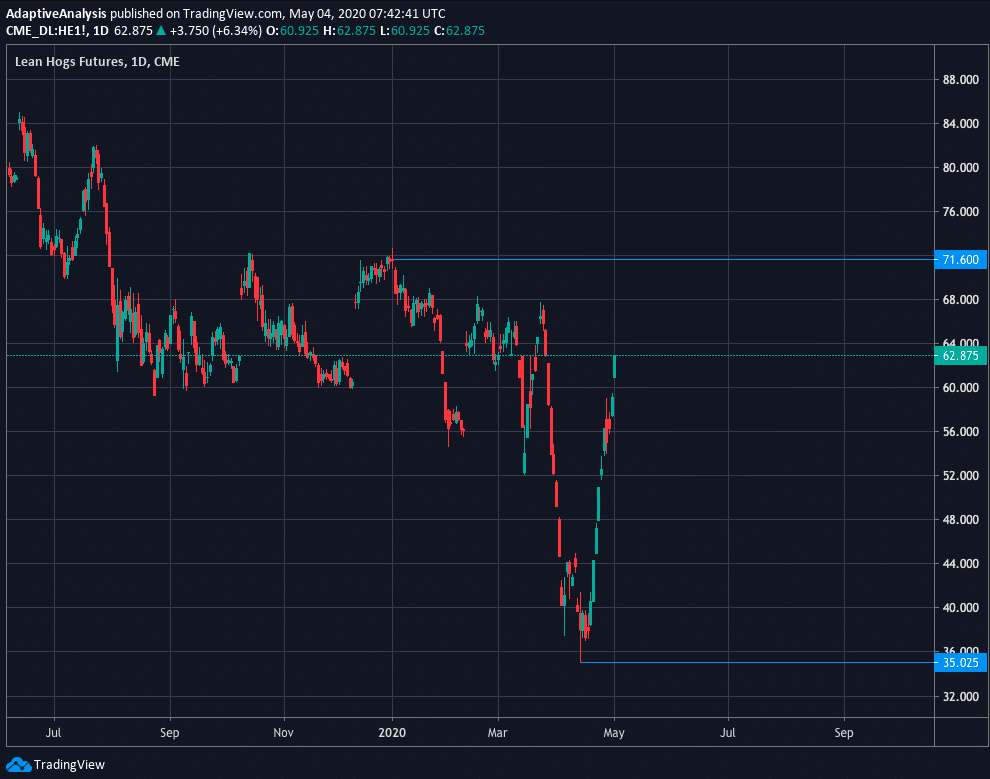 The price of lean hog futures had reduced to roughly half of its year opening value in mid-April. However, it has since increased to $62 per futures contract as a shutdown of pork producers suggests that there may be excessive demand for the commodity.

Several pork processing plants were forced to shut down after cases of COVID-19 were found amongst employees. Tyson Foods, a meat producer which operates a large pork processing plant in Iowa, reported that 150 people that were connected to the plant tested positive for COVID-19.

CFDs are investment products which allow traders to speculate on the price movements of an underlying asset class. These financial contracts enable traders to bet on price movements without having to own the asset which the CFD tracks.

Another angle for speculation in commodities is to take positions on companies which are heavily linked to commodities. Many companies are currently feeling the pressure and may observe sharp declines in their share price. Several online brokerages also enable traders to speculate in various equities with options to go both short and long.

The purpose of our news section is to provide a general market overview and discuss possible market opportunities. There is no such thing as a no-risk opportunity. While you may choose to act upon the information provided, at no time will Choosabroker.com make specific recommendations for any specific person, and at no time may a reader or viewer be justified in inferring that any such advice is intended and in no way will Choosabroker.com ever assume liability for any losses resulting from your decision. Investing carries risk of losses. Information provided by Choosabroker.com is expressed in good faith, but it is not guaranteed. Please realize that investing in the markets demands recognition of the fact that error and uncertainty are part of any effort to assess future probabilities. Ask your broker or your advisor to explain all risks to you before making any trading and investing decisions. ChoosaBroker provides a comprehensive Broker comparison tool